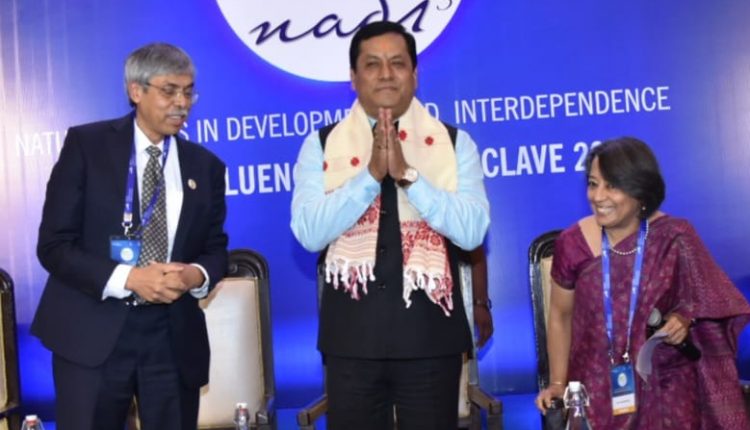 By Ranbir Hanse On May 28, 2022
Share FacebookTwitterWhatsAppEmailPrint
Guwahati, 28 May: The Union Minister of Ports, Shipping &
Waterways and Ayush, Sarbananda Sonowal advocated for an ecologically responsible economic growth in the South east Asian region.
The Minister was speaking at the Special Plenary session in the 3rd edition
of NADI dialogue organised by Asian Confluence here today.The Union Minister highlighted the time tested and historical ties that the
Northeast India has built with the South east Asian countries along with
Nepal, Bhutan and Bangladesh. The maritime routes via Ganga,
Brahmaputra and Mekong have always played a pivotal role in building an
economic rationale for the region to grow apart from other socio-cultural
influences. The Minister also spoke about the role played by the great
Chaolung Sukapha in building the greater Assamese society and how his
endeavours eventually led to the foundation of the state of Assam.
Addressing the august gathering, the Union Minister of Ports, Shipping &
Waterways and Ayush, Sarbananda Sonowal said, “Our shared history and
familiar conditions has created a common ground to build a peaceful &
sustainable future. The Indian government is deeply committed to work
towards its ambitious Act East Policy, as envisaged by our Prime Minister Shri
Narendra Modiji, to advance our shared values & legacy for the benefit of
humanity, peace, stability & prosperity. With evolving global realities, the
engines of economic growth is moving towards. We have an opportunity here to
become partners as the Indian Ocean becomes the centre of the emerging ‘Age of
Asia’. This new awakening is a recognition of our interlinked destinies,

interdependence for a cleaner environment and in our belief of shared opportunities. We, who live in & around our Indian Ocean, must own & bear primary responsibility for peace, stability and prosperity in the region. 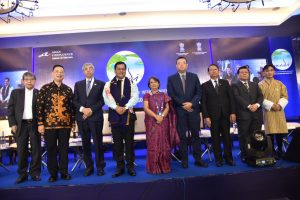 Speaking on the Act East policy of the Government of India, the Union
Minister, Sarbananda Sonowal further said, “The vision of our Prime Minister is to act for a better tomorrow. The tactical shift from Look East to Act
East policy of the government is a testament to this vision. Our government
remains deeply committed to this policy and, at the heart of this, are the
ASEAN countries. A deeper economic integration with the dynamic South East
Asian Nations , is an important aspect of our Act East Policy. To this effect, we are getting closely intertwined in a web of co-prosperity through an intricate network of rail, road, air and maritime links. We are also working to revive
waterways in India and use them aggressively for cargo and passenger traffic as it saves cost & environmentally sound means of transport. We have made
impressive strides in using the Indo Bangladesh Protocol Route (IBRP) to transport heavy cargo. This has also benefitted our neighbouring countries like
Nepal and Bhutan to access the Indian Ocean. Maritime transportation helps
strengthen the economic integration. I call upon all of you to initiate steps to
augment infrastructure and capacity at all major ports. We all have to take time bound initiatives to reduce the structural gap in terms of maritime and shipping infrastructure.”
Speaking on the premise of economic growth riding on ecological balance,
Sarbananda Sonowal emphasised on ‘Blue Economy’ concept & said, “A
related aspect is the emergence of the ‘Blue Economy’ as a promising new pillar
of prosperity in the region, with immense economic and employment potential.
India is seeking a more cooperative and integrated future for the region
through development of the ocean-based blue economy. A distinct feature of the
Blue Economy lies in harnessing of marine resources for economic and social
development and environmental sustainability without undermining the
conservation and restocking aspects of these finite natural resources.” 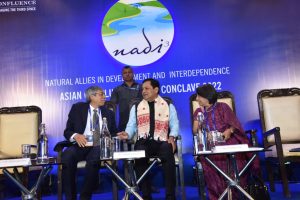 Aryan Khan Tells NCB: Consumed Ganja in US to get relief from sleeping Disorder