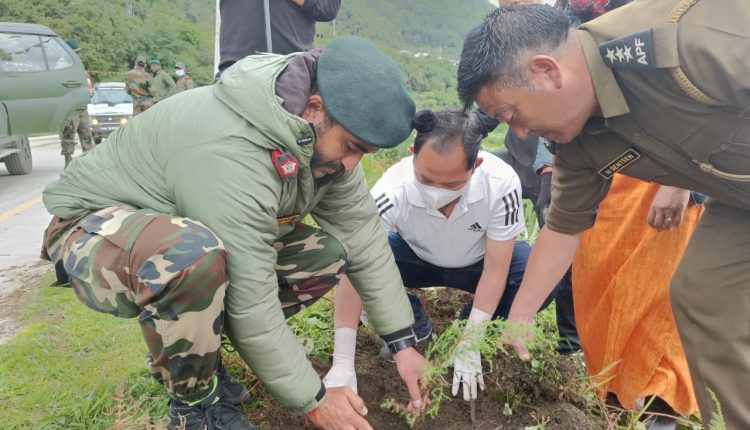 AZIR KHOBOR, ARUNACHAL PRADESH, 5TH JUNE, 2022: In continuation with the celebration of “Azadi Ka Amrit Mahotsav”, Indian Army’s Blazing Sword Division organised ‘Plantation and Cleanliness Drive’ on World Environment Day in military stations, villages and tourist places located in its area. The area which is under the Division has a number of natural scenic places and religious places which are frequented by many tourists and locals. Over a period of time these places have accumulated a lot of garbage which is spoiling the pristine beauty of the place and also causing serious environmental hazard. In order to clean these areas and to spread the awareness among the troops and locals, a Plantation and Cleanliness Drive was organised by units of Blazing Sword Division in collaboration with civil administration and locals on 05 Jun 2022; World Environment Day.

The day started with plantation of tree saplings in Assam and Arunachal Pradesh. Army personnel including officers, Junior Commissioned Officers, Jawans and families, civilians including youths and school children participated with fervour and enthusiasm. The Army units distributed bags, gloves and mask for the collection of garbage. Dustbins were also placed in selected places. Children distributed leaflets spreading the awareness of keeping the environment clean. During the drive, around three trucks full of garbage were collected and suitably disposed off. The Army units also took a pledge to make their area ‘Polythene free Zone’ and encouraged the villagers to do the same. The tourists who were visiting Holy Water Falls at Damteng whole heartedly appreciated the Army for taking initiative and also gave their yeomen service. 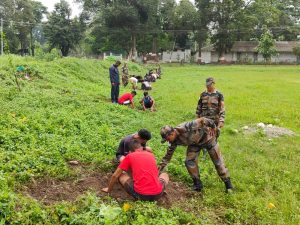