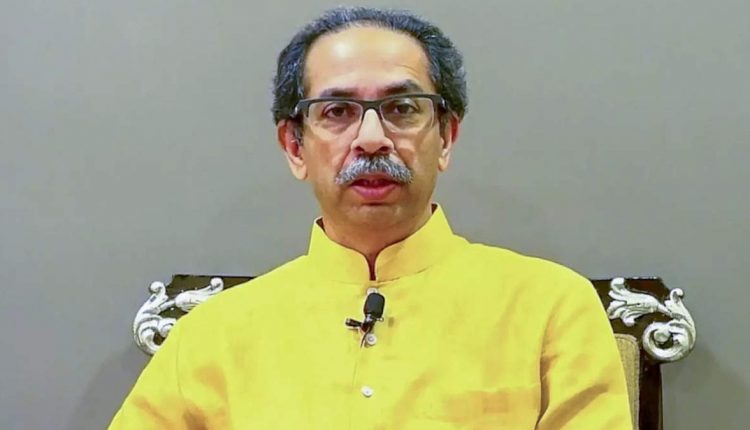 Uddhav Thackeray drove all the way to the Raj Bhavan to submit his resignation to governor Koshyari.

By Ranbir Hanse On Jun 29, 2022
Share FacebookTwitterWhatsAppEmailPrint
Maharashtra, July 09:  Today’s on Wednesday  Uddhav Thackeray resigned as the chief minister of Maharashtra soon after the Supreme Court cleared the deck for a trust vote in the Assembly on Thursday. He drove all the way to the Raj Bhavan to submit his resignation to governor Bhagat Singh Koshyari.
Addressing the state virtually, Thackeray said he will also resign as the member of legislative council. “In a democracy, heads are counted to show numbers. I am not interested in that. I don’t want to play these games. Tomorrow, they will say that they have brought down Shiv Sena supremo Balasaheb Thackeray’s son,” he said.

Those (rebel Shiv Sena MLAs) who were reaching Mumbai tomorrow, I urge them not to come tomorrow, they should come on the day of oath-taking: Maharashtra BJP chief Chandrakant Patil pic.twitter.com/pXDDAQ35pM

Celebrations were currently underway at a hotel in Mumbai where BJP leaders are camping ahead the trust vote that now stands cancelled.

“I had come (to power) in an unexpected manner and I am going out in a similar fashion. I am not going away forever, I will be here, and I will once again sit in the Sena Bhawan. I will gather all my people.”

Also read: ‘They will say they brought down Balasaheb’s son’: What Uddhav said

“I am satisfied that we have officially renamed Aurangabad to Sambhajinagar and Osmanabad to Dharashiv – the cities named by Balasaheb Thackeray… While taking a decision on renaming Aurangabad, the NCP and Congress did not oppose it. From the Sena, only Anil Parab, Subhash Desai and Aaditya Thackeray were present when the proposal was passed… Others we all know where they are.”

The Supreme Court has given the verdict on the floor test. I want to thank the governor who upheld the democracy by asking us to hold a floor test in 24 hours after a delegation met them.”

Addressing MLAs whose rebellion, led by Eknath Shinde triggered the current crisis for his government, Thackeray said, “Who are you angry with me? Congress or NCP? Rather than going to Surat and speaking up you should have come to me at Matoshree. I still respect your feelings.”

“Central forces are being deployed in Mumbai. It seems that the army along the Chinese border will be deployed here. I am telling Shiv Sainiks to let them come,” Thackeray said.

The top court said a floor test is the only way to settle all issues that have entangled the politics of Maharashtra following a rebellion by Shinde leading to a survival crisis of the Maha Vikas Aghadi (MVA) government.

The top court’s verdict came after hearing arguments on a petition filed by the Maharashtra government challenging governor Bhagat Singh Koshyari’s order asking the chief minister to prove his majority in the floor of the Assembly.

The top court said results of floor test will be subject to the final outcome of Sena Sena chief whip Sunil Prabhu Prabhu’s petition against the governor’s decision and issued a notice on the plea.

Earlier in the day, Thackeray held a cabinet meeting wherein a decision was taken to rename Aurangabad city as Sambhajinagar and Osmanabad city as Dharashiv, besides naming of upcoming Navi Mumbai international airport after farmer leader late DB Patil.