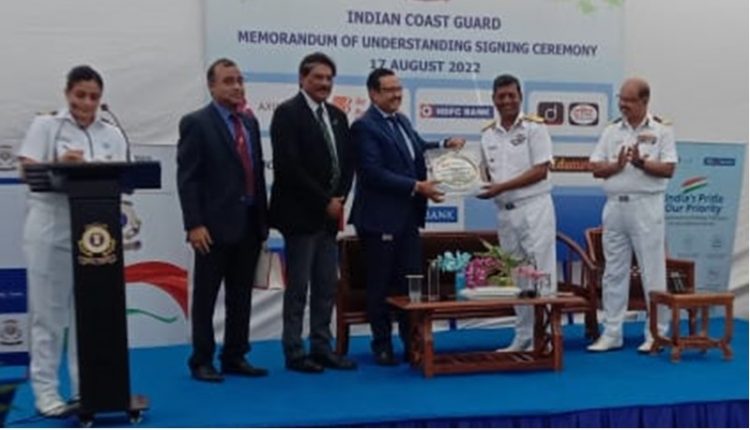 AZIR KHOBOR, GUWAHATI , AUGUST 23, 2022: Punjab National Bank (PNB), the nation’s leading public sector bank, has inked a Memorandum of Understanding (MoU) with the Indian Coast Guard, to deliver specially designed banking products to the military personnel through the bank’s flagship scheme PNB Rakshak Plus. This scheme covers Personal Accidental Insurance, Permanent Total Disability, Permanent Partial Disability, Air Accidental Insurance for members of the military forces who are now serving, have retired, or are under training, as well as for the central armed police forces, police forces, and their pensioners.

Highlighting the distinctive aspects of PNB Rakshak Plus and speaking about yet another noteworthy collaboration by PNB, Shri Rajeev Kumar, General Manager of PNB, said: “Having signed this MoU is a significant partnership towards the progress of the brave heroes serving at the Indian Coast vigilantly 24/7. The Rakshak Plus scheme with this initiative aims to offer the best possible financial services to the veterans and members of the armed forces.”