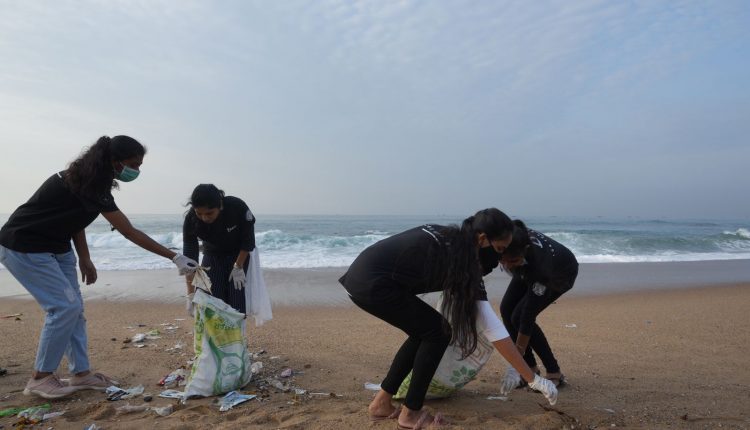 AZIR KHOBOR, VISAKHAPATNAM , Andhra PRADESH ; 27 AUGUST , 2022: The Andhra Pradesh Government has yet again reached a milestone by entering the “Wonder Book of World Records” by organizing the world’s largest beach cleanup drive in Visakhapatnam on August 26, in association with Parley for the Oceans. The event witnessed an attendance of over 22,000 people participating in the massive clean-up drive, spanning across a stretch of 28 kms – from Gokul beach to Bheemli beach. As part of the largest clean drive, over 76 tonne of plastic was collected.

Creating history, Andhra Pradesh CM Jagan Mohan Reddy applauded the efforts in protecting flora and fauna of the 2ndlargest coastline in the country and also in safeguarding the marine ecosystem of the state. He said it’s every citizen and the government’s responsibility to protect the thriving ecosystem.

“We are taking this measure as the first step to ensure a ban on plastic. The Tirumala Tirupati Devasthanam is already following the plastic-free policy in Tirumala and it is yielding good results. Instead of plastic bags, woven cloth bags are used there. We are slowly taking steps across the State as well and we are trying to create awareness among people about using alternative materials instead of plastic. This is to make the State free of plastic pollution by the year 2027,” the CM announced.

The Government of Andhra Pradesh has also entered an MoU with Parley for the Oceans, part of the Global Network, intending to make Andhra Pradesh plastic free by 2027. Calling it an ambitious project, CM Jagan said that no one in the country and the world have achieved such a milestone and it gives the government a great pleasure in ensuring that the state will be made plastic pollution-free by 2027. 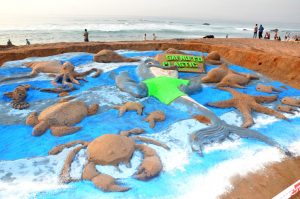 “A state which carries a population of 52 million people and a coastline of 976 km, to witness this first-of-its-kind initiative on a massive scale has never been achieved by anyone in the world. I thank the CEO of Parley, Mr. Cyrill Gustch, for setting up the ‘Parley super hub’, which will take up recycling and upcycling work. Though this project is ambitious, we will work together to ensure that the face of Andhra Pradesh and the landscape of the state will change in a positive way on a global platform,” the CM, said.

Parley for the Oceans has taken up a war against the plastic pollution to end it at the earliest not by recycling, but in the redesign and replacement of harmful materials, methods and thinking.

“Plastic is a design failure. There is no closed loop for a faulty material that never dies. Parley for the Oceans therefore calls for a Material Revolution and inviting all their collaborators and partners to take part by implementing the Parley AIR Strategy: Avoid. Intercept. Redesign” the CEO for Parley for the Oceans, Cyrill Gustch, said. 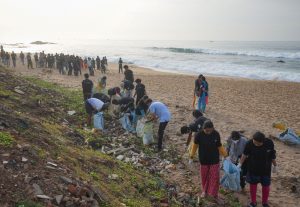 Parley have also decided to launch the “Parleys future institute”. The institute will be one-of-a-kind research centre with cutting edge technology for new materials in the future. This way, the plastic that is collected will be studied and redesigned in ways that will make Andhra Pradesh leaders of the world along with Parley.

“We shall continue to lead the country with a goal to end plastic pollution by the year 2027 and set an example to the world,” the CM, said. 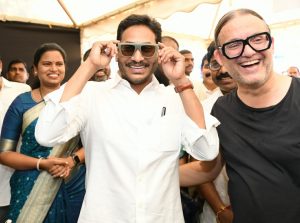 THE ROYAL ENFIELD HUNTER 350 A SHOT OF PURE MOTORCYCLING, NOW IN ASSAM