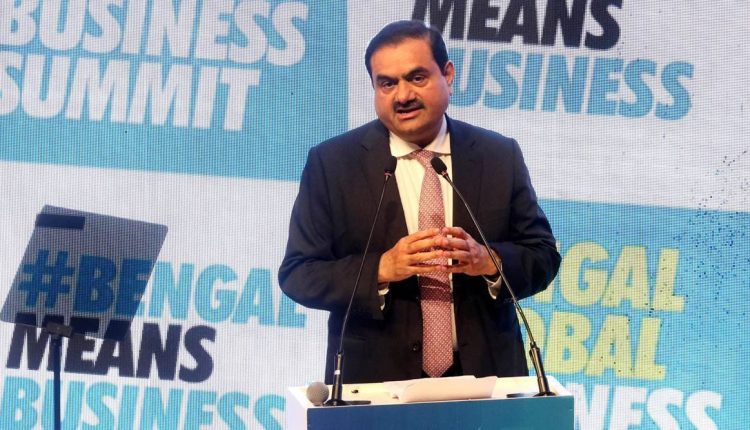 New Delhi: Billionaire Gautam Adani has overtaken Bernard Arnault, Chairman and CEO of Louis Vuitton, to become the first Asian to make it to the top 3 of the Bloomberg Billionaires Index.

With a wealth of $137.4 billion, India’s Adani has become the 3rd richest person in the world.

No Asian including China’s Jack Ma and India’s second richest person Mukesh Ambani has ever broken into the top three of the index.

Up at the third spot on the coveted rich list, the Adani Group chairman is now only behind Tesla CEO Elon Musk ($251 billion) and Amazon founder Jeff Bezos ($153 billion). Moreover, the 60-year-old is the only one with gains in their fortune among the top 10 richest people including Musk. The last change in his wealth was +1.12 billion while the year-to-date change in his fortune was $60.9 billion.

Just last month, the billionaire industrialist surpassed Microsoft co-founder Bill Gates to become the world’s fourth-richest person as his net worth surged to $113 billion. The latter’s wealth has now dropped to $117 billion. Adani managed to get past some of the world’s richest US billionaires partly as they recently boosted their philanthropy.

The timing of Adani’s feat assumes even more significance as it comes at a time when Fitch Group’s debt research unit CreditSights had recently said that the Adani Group is “deeply overleveraged” and its many investments in capital-intensive businesses could pose long-term risks to investors.

Media – On August 23, Adani Group in a statement announced said that its subsidiary AMG Media Network Ltd (AMNL), through Vishwapradhan Commercial Pvt Ltd (VCPL), has initiated the process to acquire 99.99% in NDTV promoter RRPR Holding Pvt Ltd (RRPR). This will trigger an open offer to acquire up to 26% of NDTV. However, NDTV said its consent was not sought.

Cement – In May, the conglomerate announced that it would buy Holcim AG’s cement businesses in India for $10.5 billion to become the country’s No. 2 cement manufacturer. This is Adani’s largest acquisition ever.

Port – In Mid-July, Israel announced the sale of Haifa Port, a major trade hub on its Mediterranean coast, to Adani Ports and local chemicals and logistics group Gadot for $1.18 billion.