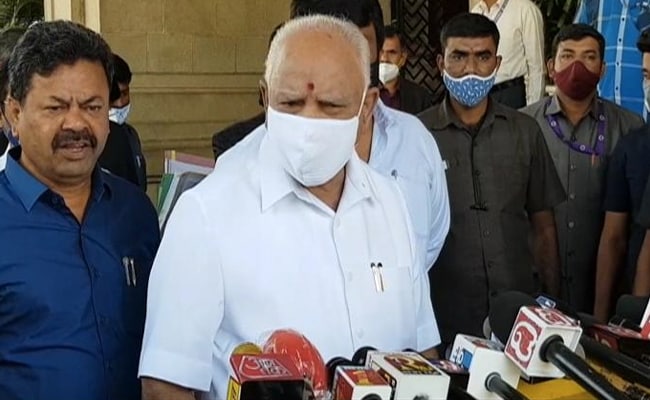 KARNATAKA,july 26: The 78-year-old Lingayat strongman was considered the face of the BJP in the state in the past two decades.

“I have decided to go to Raj Bhavan after lunch and hand over my resignation. This is not out of sadness, but out of happiness,” an emotionally charged Mr. Yediyurappa announced at the end of his speech at a function in Bengaluru after being his two years in office.

In an emotional speech during which he broke down a couple of times, the veteran leader, who had been under intense pressure to step down in the last fortnight, said, “I am thankful to the high command. I am thankful to Prime Minister Narendra Modi and Home Minister Amit Shah for having allowed me to be in office for two years despite the rule of no power for those above 75 years.

“I had to face a lot of challenges when I formed the government. The high command did not allow me to form the cabinet for one-and-a-half months despite flood and rains in Karnataka. I had to go around the State like a mad man. Last one-and-a-half years had gone into fighting the COVID-19 pandemic.”

During his long speech at the banquet hall in the Vidhan Soudha, he recalled the growth of the BJP in Karnataka and the efforts that he had put in during his tenure .Among other things, he recalled going around the State for party work on a bicycle.