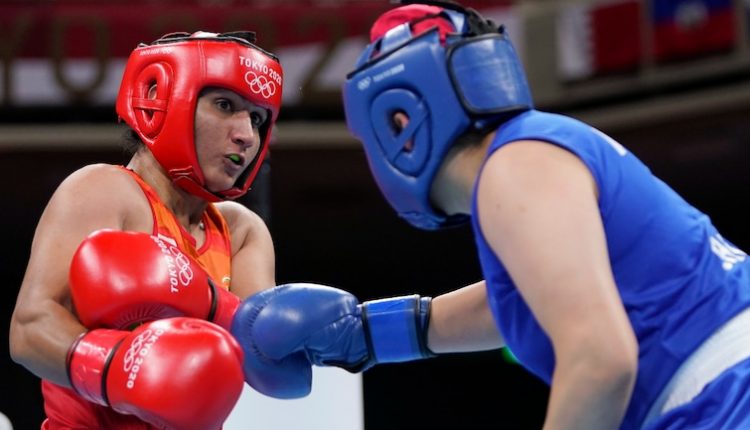 Throughout the bout, Li never gave up the upper hand and ended up winning 5-0 to go through to the semifinals at the Ryogoku Kokugikan Arena. The Chinese was undoubtedly the superior boxer on show.

Pooja, ranked eighth in the world, had earlier lost to Li in the semifinals of the 2014 Asian Games and 2020 Asia Oceania Olympic qualifiers.

The first round was a clean sweep for Li as all five judges gave her 10 points.

The Chinese constantly drew Pooja forward which caused her to miss a number of punches, with her aggression not helping. She swayed away when Pooja tried to land a punch.

The storyline from the first round continued in the second as Li continued to dominate the match, landing her punches well. Pooja had no answers to her flurry of punches twice.

Pooja needed to make a comeback in the final round. But she couldn’t stand up to the challenge as Li forced her forward and unleashed a volley of lethal blows. She won the final round again to end Pooja’s Olympics campaign.

Earlier, Pooja had beaten Algerian boxer Ichrak Chaib 5-0 in the pre-quarter finals, which also marked her debut match at the Olympics.

India now has two boxers left in the fray with Lovlina Borgohain assured of a medal and Satish Kumar to enter the ring for the quarterfinal on Sunday.

Disclaimer: This post has been auto-published from an agency feed without any modifications to the text and has not been reviewed by an editor.