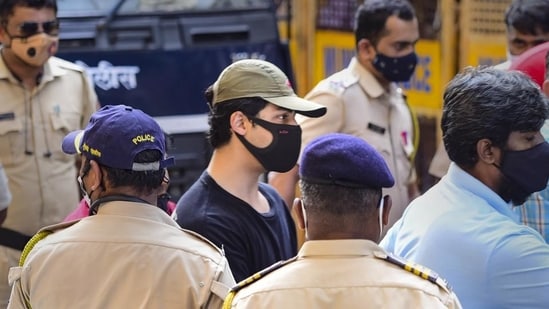 The special court earlier accepted to hear ‘Bail plea’ to Actor Shahrukh Khan’s son,matters related to the Narcotics Drugs and Psychotropic Substances (NDPS) Act, will be hearing the bail petition of Aryan Khan and others on Wednesday.

The case came to the special court after a ‘Magistrate’s court rejected their plea’ on the ground that it did not have the jurisdiction rights to decide on the matter.

Aryan Khan and eight others were arrested by the Narcotics Control Bureau (NCB) on October 3, after a raid on a cruise ship a day before.

The NDPS court had issued orders to the NCB on Monday and asked it to file its reply regarding the matter by October 13.

The federal investigative agency claimed to have recovered banned drugs from some persons aboard the cruise ship, hinting at an ‘international drug trafficking’ network which needs to be probed. Khan’s legal counsel, however, maintains that he was ‘falsely implicated’ and that the NCB has no grounds to keep him in custody since no psychotropic substances were recovered from his personal possession.

But the NCB opposed the bail plea claiming that releasing Khan on bail at this stage could interfere with the ongoing investigation into the narcotics network. On Monday, the agency said that there was ‘no extreme urgency’ to hear the bail application and sought a week to file an affidavit.

At the October 8 hearing before the magistrate’s court, Aryan Khan’s counsel insisted that ‘no incriminating contraband drugs or any other material were recovered from him’ and that there is nothing on record to suggest that he is ‘in any way connected with the production, manufacture, possession, sale, purchase, transport, import, export or use of any psychotropic substance or the financing, illicit trafficking and/or harbouring of offenders in relation to any narcotic drugs.’ It also mentioned that Aryan Khan has ‘strong roots in the society’ and therefore is not going to abscond or flee from justice.

However, the NCB said the investigation in the case was still underway and there was quite a lot of material collected by the agency and at this stage, it needs to be seen if releasing Aryan Khan on bail would hamper the probe into the case. The NCB had last Monday claimed before a city court that ‘shocking and incriminating’ material was recovered in ‘WhatsApp chats’ of Aryan Khan and two others arrested in connection with the case. Apart from Aryan Khan, four other accused in the case – Arbaaz Merchant, Munmun Dhamecha, Nupur Sateja, and Mohak Jaiswal – have also filed bail pleas in the special court.

The federal investigative agency has so far arrested 20 individuals in connection with the Mumbai cruise drug raid case. Aryan Khan has been charged with offences under Sections 8(c), 20(b), 27, 28, 29, and 35 of the NDPS Act about the possession, consumption, and purchase of drugs.

Shocking Viral: A calf borne’s with two heads and three eyes in Odisha’s