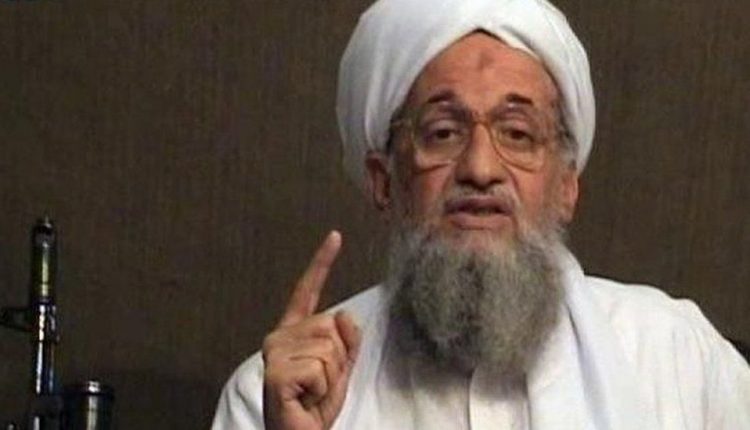 “I authorized a precision strike that would remove him from the battlefield, once and for all,” Biden said.Zawahiri, who just turned 71 years old, had remained a visible international symbol of the group, 11 years after the US killed Osama bin Laden. At one point, he acted as bin Laden’s personal physician.

Killed in what a senior administration official described as “a precise tailored airstrike” using two Hellfire missiles. The drone strike was conducted at 9:48 p.m. ET on Saturday was authorized by Biden following weeks of meetings with his Cabinet and key advisers, the official said on Monday, adding that no American personnel were on the ground in Kabul at the time of the strike.

Senior Haqqani Taliban figures were aware of Zawahiri’s presence in the area, the official said, in “clear violation of the Doha agreement,” and even took steps to conceal his presence after Saturday’s successful strike, restricting access to the safe house and rapidly relocating members of his family, including his daughter and her children, who were intentionally not targeted during the strike and remained unharmed. The US did not alert Taliban officials ahead of Saturday’s strike.

In a series of tweets, Taliban spokesman Zabiullah Mujahid said, “An air strike was carried out on a residential house in Sherpur area of Kabul city on July 31.”

He said, “The nature of the incident was not apparent at first” but the security and intelligence services of the Islamic Emirate investigated the incident and “initial findings determined that the strike was carried out by an American drone.”

The tweets by Mujahid came out prior to CNN reporting Zawahiri’s death. Mujahid said the Islamic Emirate of Afghanistan “strongly condemns this attack on any pretext and calls it a clear violation of international principles and the Doha Agreement.”

Justice has been delivered’

Biden, who was kept abreast of the strike against Zawahiri as he isolated with a rebound case of Covid-19, spoke outdoors Monday from the Blue Room Balcony at the White House.

Zawahiri, Biden said, “was deeply involved in the planning of 9/11, one of the most responsible for the attacks that murdered 2,977 people on American soil. For decades, he was the mastermind of attacks against Americans.”

“Now, justice has been delivered and this terrorist leader is no more. People around the world no longer need to fear the vicious and determined killer,” he continued. “The United States continues to demonstrate our resolve and our capacity to defend the American people against those who seek to do us harm. We make it clear again tonight, that no matter how long it takes, no matter where you hide, if you are a threat to our people, the United States will find you and take you out.”

The President said the precision strike targeting was the result of the “extraordinary persistence and skill” of the nation’s intelligence community.

“Our intelligence community located Zawahiri earlier this year — he moved to downtown Kabul to reunite with members of his immediate family,” Biden said.

The strike comes one year after Biden ordered the withdrawal of US troops from Afghanistan, prompting Taliban forces to rapidly seize control of the nation.

Biden said on Monday that when he withdrew US troops from the country, he “made the decision that after 20 years of war, the United States no longer needed thousands of boots on the ground in Afghanistan to protect America from terrorists who seek to do us harm, and I made a promise to the American people, that we continue to conduct effective counterterrorism operations in Afghanistan and beyond. We’ve done just that.”

Biden pledged that Zawahiri “will never again allow Afghanistan to become a terrorist safe haven, because he is gone and we’re going to make sure that nothing else happens.”

The President concluded by expressing gratitude to US intelligence and counterterrorism communities, saying that he hopes Zawahiri’s death will bring some measure of closure to the friends and families of 9/11 victims.

“To those who continue to seek to harm the United States, hear me now: We will always remain vigilant and we will act — and we will always do what is necessary to ensure the safety and security of Americans at home and around the globe,” he concluded.

The attacks against the US and its facilities began weeks later, with the suicide bombings of US embassies in Kenya and Tanzania that killed more than 200 people and wounded more than 5,000 others. Zawahiri and bin Laden gloated after they escaped a US cruise missile attack in Afghanistan that had been launched in retaliation.

Then, there was the attack on the USS Cole in Yemen in October 2000, when suicide bombers on a dinghy detonated their boat, killing 17 American sailors and wounding 39 others.

The culmination of Zawahiri’s terror plotting came on September 11, 2001, when nearly 3,000 people were killed in the attacks on the twin towers of the World Trade Center and Pentagon. A fourth hijacked airliner, headed for Washington, crashed in a Pennsylvania field after passengers fought back.

Since then, al-Zawahiri raised his public profile, appearing on numerous video and audiotapes to urge Muslims to join the jihad against the United States and its allies. Some of his tapes were followed closely by terrorist attacks.

In May 2003, for instance, almost simultaneous suicide bombings in Riyadh, Saudi Arabia, killed 23 people, including nine Americans, days after a tape thought to contain Zawahiri’s voice was released.

The US State Department had offered a reward of up to $25 million for information leading directly to his capture. A June 2021 United Nations report suggested he was located somewhere in the border region of Afghanistan and Pakistan, and that he may have been too frail to be featured in propaganda.