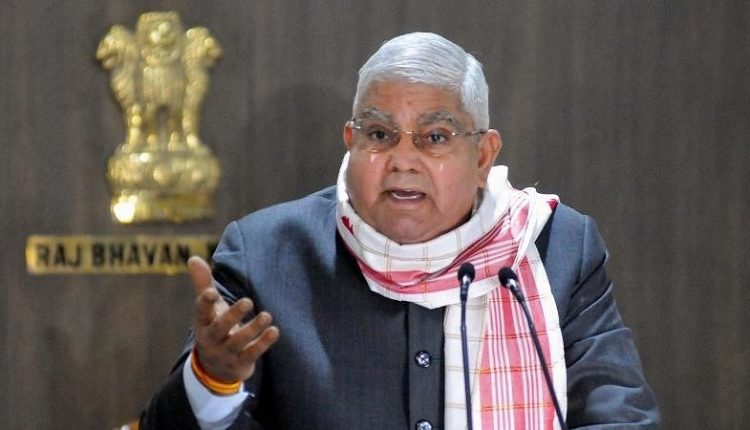 Bharatiya Janata Party leader Jagdeep Dhankhar, who was seen as the frontrunner as the NDA candidate, has been declared to be the next Vice President of India

Dhankhar defeated the Opposition’s pick Margater Alva to become the 14th Vice President of the country. The former West Bengal Governor’s candidature had the support of several non-BJP parties like the JDU, YSRCP, BSP, AIADMK and Shiv Sena tipping the scales heavily in his favour.

The term of incumbent M Venkaiah Naidu ends on August 10. The Vice President is also the chairperson of Rajya Sabha and is thus responsible for handling the affairs of the Upper House.

Around 93 per cent of MPs vote in Vice Presidential poll

Around 93 per cent polling was recorded in the Vice Presidential election on Saturday, with more than 50 MPs not exercising their franchise.

Officials said of the total 780 MPs, as many as 725 MPs voted till 5 pm when the polling concluded.

Prime Minister Narendra Modi and his predecessor Manmohan Singh cast their ballots early in the day, while opposition leaders Sonia Gandhi and Rahul Gandhi voted a little after noon, the officials said.

The Trinamool Congress, which has 39 MPs, including 23 in Lok Sabha, has already announced its decision to abstain from the election. However, two of its MPs — Sisir Kumar Adhikari and Dibyendu Adhikari — broke ranks and cast their ballots.

Polling to elect the next Vice President of India began at 10 am, with Modi being among the first ones to vote.

The graphics show how the support for Dhankhar stacked up before the polling on Saturday.

Cracks were visible in opposition unity as Mamata Banerjee’s Trinamool Congress decided to abstain from voting alleging lack of consultations while deciding on the name of Alva.

The 80-year-old Alva is a Congress veteran and has served as governor of Rajasthan.