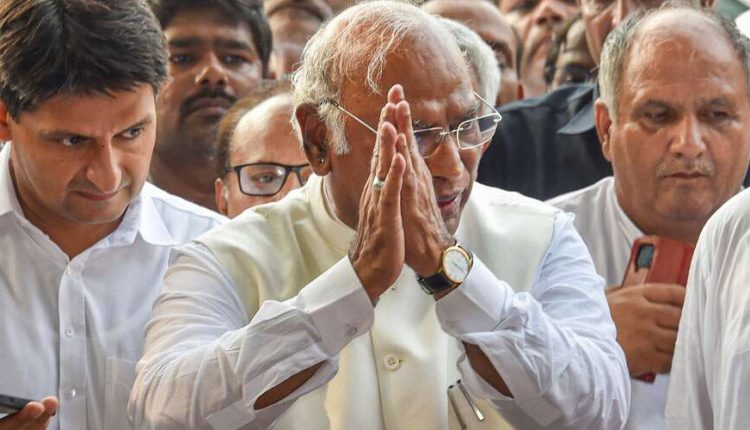 The Congress got its first non-Gandhi president in 24 years and sixth in its 137-year-old history.

The Congress will get its first non-Gandhi president in 24 years on Wednesday after more than 9,500 votes cast to choose between senior leaders Mallikarjun Kharge and Shashi Tharoor are counted to cap the election contest, the sixth in its 137-year-old history. Kharge is considered the firm favourite with his perceived proximity to the Gandhis and a large number of senior leaders backing him,

It is the sixth time in its nearly 137-year-old history that an electoral contest is deciding who would take up the mantle of the party’s president as successor to Sonia Gandhi.

It was way back in 1939, when an electoral contest decided who would be the Congress president and in fact, Mahatma Gandhi’s candidate P Sitaramayya had lost to Netaji Subhas Chandra Bose. Then in 1950 came the Congress’ first post-Independence election for the post of party president when Purshottam Das Tandon and Acharya Kripalani faced off.

Surprisingly, Tandon, seen as a Sardar Vallabhbhai Patel loyalist, won the contest, trumping the then Prime Minister Jawaharlal Nehru’s choice. In 1977, following the resignation of Dev Kant Barooah as party president in the wake of the defeat in the Lok Sabha polls, K Brahmananda Reddy defeated Siddhartha Shankar Ray and Karan Singh in the party’s polls for AICC chief.

The next election that needed a contest came 20 years later in 1997 when Sitaram Kesri squared off in a triangular contest with Sharad Pawar and Rajesh Pilot. Except for Maharashtra and parts of Uttar Pradesh, all state Congress units had backed Kesri. He posted a landslide victory, getting 6,224 delegates’ votes against Pawar’s 882 and Pilot’s 354.

The fifth contest came in 2000 and this was the only time a Gandhi family member was challenged in the elections with Jitendra Prasada taking on Sonia Gandhi. Prasada suffered a crushing defeat at the hands of Gandhi, who garnered over 7,400 votes. Prasada had reportedly polled a paltry 94 votes. The current polls are historic as the new president would replace Sonia Gandhi, the longest-serving party president who has been at the helm since 1998, barring the two years between 2017 and 2019 when Rahul Gandhi had taken over.

Before party President’s poll Kharge had said he would have no shame in taking the advice and support of the Gandhi family in running the party affairs, if he becomes its president. While Tharoor, on his part, took a veiled dig at some senior leaders supporting Kharge, saying that some colleagues were “indulging in ‘netagiri’ and telling party workers that they know who Sonia Gandhi wants elected”.