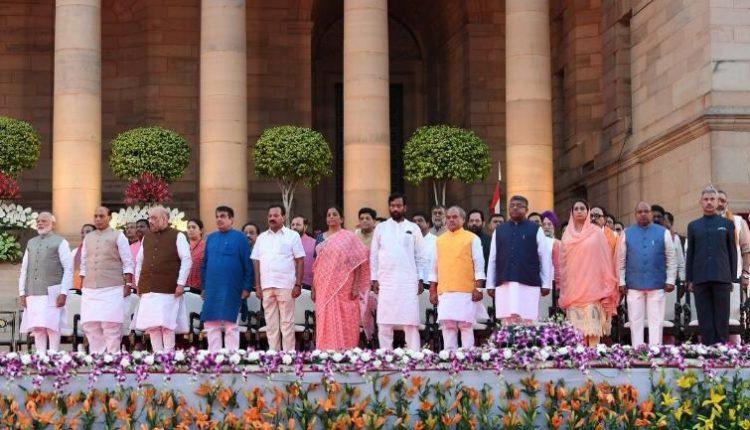 Prime Minister, Narendra Modi on Wednesday made a pretentious major reshuffle and expansion of his cabinet, promoted seven existing ministers of state to the rank of the Cabinet, added 36 new faces, and dropped 12 senior ministers

12 Union ministers among the big names resigned from the Narendra Modi government on Wednesday. The President of India, as advised by the Prime Minister, has accepted the resignation of the members of the Council of Ministers, with immediate effect.

As PM Narendra Modi is focusing on Northeastern parts of India for its speedy development and prosperity, the following new Union Cabinet Ministers are inducted in Modi’s house from different North Eastern states of India:

• Graduate in Law from Campus Law Centre, Faculty of Law, University of Delhi

• Comes from a humble farming background

• Retired as Director of College Development Council in Manipur University 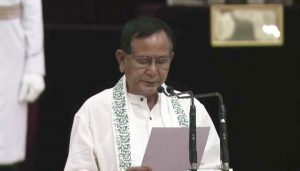 After finishing his PhD from the Department of Geography at Gauhati University, he took his first job as a lecturer at Ideal Girls’ College in 1973 and served up to 1984.

After retirement from active service, he took his plunge into electoral politics by joining the BJP in 2013 in BJP.

He contested the Lok Sabha polls in 2014 as a BJP candidate for the Inner Manipur seat but lost. However, he was successful on his second attempt and won the seat in 2019.

Singh has served as the chairman of the BJP’s body on the state vision document, party spokesperson, BJP coordinator to the Election Commission and has also been a part of the office modernization committee.

Besides politics Dr Singh is also associated with ASGAA since its birth on 19th February 2010. ASGAA is a non-profit organization registered as a society to safeguard the indigenous farmers and traders in their respective field, such as nurseries, plantation, marketing and to save the unique eco-biodiversity of Assam State and other North Eastern States of India. ASGAA has got support from the key forest-based stakeholders such as the Ministry of Environment, Forest and Climate Change (MoEFCC) through its premier institutes located in North East India.

Dr Singh encourages and leads the Agarwood community from the North Eastern states of India in different activities at National and International level. He plays a vital role to boost the Agarwood plantation and management program in MISSION GREEN VILLAGE at Nagaland. Under his bold leadership, four members from team ASGAA visited Sri Lanka and delivered a very fruitful speech to the international community of Agarwood.