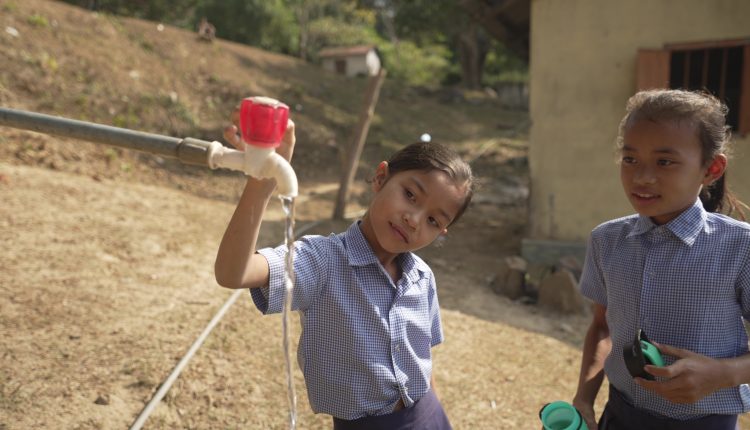 ‘0.77 % to 40%’ in 2 years –Households of Meghalaya now have access to Drinking Water at their doorstep

AZIR KHOBOR, SHILLONG, 13RD JULY 2022 : Renoobala Marak, a resident of the South Garo Hills, Meghalaya, had to walk several km uphill to fetch water. This meant a lot of productive time being spent on fetching water for daily chores. The drudgery of fetching water and walking uphill is unimaginable. Quite naturally women and children were busy in fetching water rather than spending time and effort in livelihood activities or education. As a result, women’s participation in mission projects were low, children’s education dropouts were higher than usual.

MDA led Meghalaya Government focused on relieving people from this drudgery. From the later phase of 2019, Meghalaya Government implemented Jal Jeevan Mission to address the problem and they were met with extreme geographical challenges. The terrain made rainwater harvesting difficult and infrastructural demands were high. As a result of the focused intervention, sheer commitment and relentless hard work of the state government, Jal Jeevan Mission has been successful in reducing the water problem in the state.

Speaking on the achievement, Shri Conrad Sangma, Hon’ble Chief Minister, highlighted, “Historically, Meghalaya has been home to one of the cleanest natural water bodies in the world. However, like in other hilly terrains, people in Meghalaya, especially women and children, face certain hardships in accessing drinking water far away from their households. Access to clean water is a basic human right. It also has social and economic impact. It has been one of the prime focuses of our Government to ease this adversity for the people of Meghalaya. This will contribute to the overall growth and prosperity of the state.”

When Government of Meghalaya began the implementation, they had an uphill task, before 2019, only 4,554 households had functional tap water connection, this implies that only 0.77% of the total households had functional household tap connections. With focused implementation planning and unprecedented push, within merely two years six months 2.4 lakhs households were provided water connection. Meghalaya’s growth has been exemplary, being the 2nd most improved State nationally. Meghalaya, now, has 1,461 villages with 100% homes with functional tap water supply. Such exemplary commitment has resulted in increased participation of people in rural employment through MNREGS and has empowered the women of Meghalaya by providing livelihood opportunities through SHGs. Due to uninterrupted water supply connection, the school students do not have to waste their energy to fetch water. School dropout rate has declined from 28% to 19.5% within a year. Furthermore, the State Government has aimed to provide functional tap water connection to 3.5 lakh more households.

With a focus on public health, 31 water quality testing laboratories have been set up in Meghalaya. Efforts have been made to provide tap water availability for drinking and other needs in schools and anganwadi centers, and as on date, 7,703 schools (58%) and 2,831 (62%) anganwadi centres in Meghalaya have been provided with tap water supply.

Taking cognizance of this transformation, Government of India has recognized Aminda Simsanggre and Chambagre of West Garo Hills for the 2nd and 3rd positions in terms of ‘Best Village Panchayat’ in the 3rd National Water Awards in 2020. 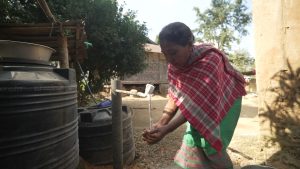